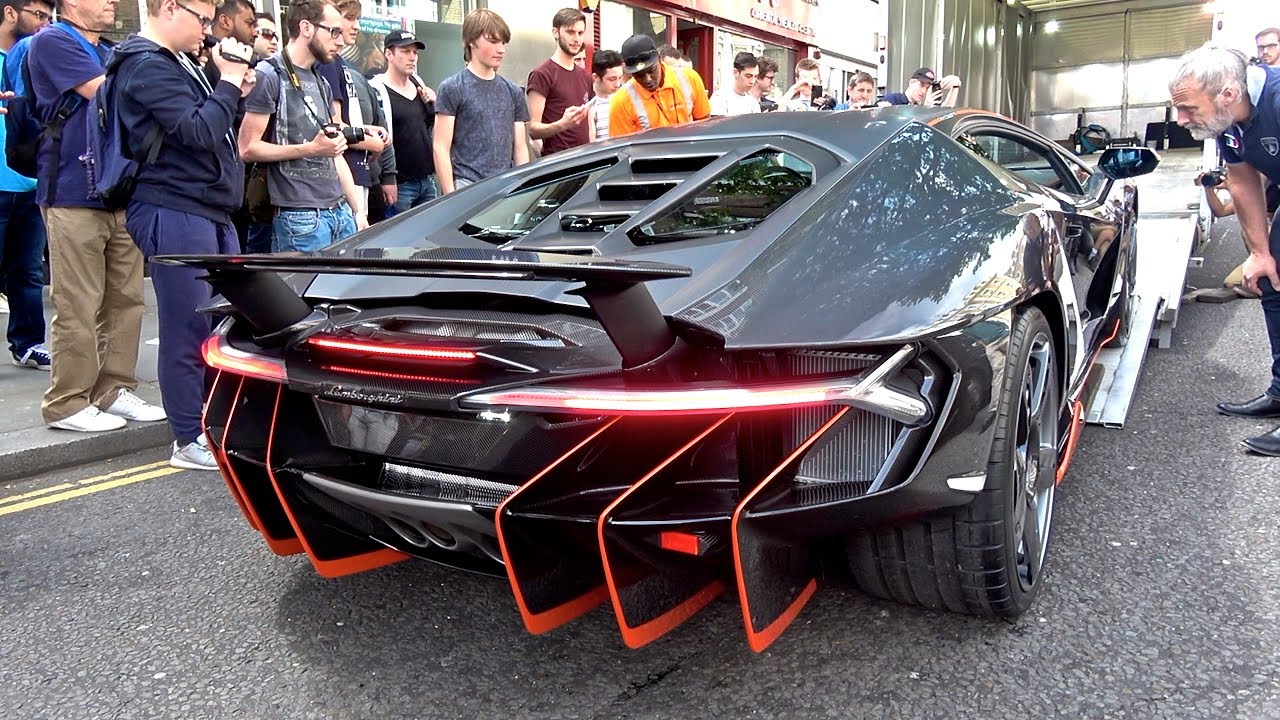 Check out the moment a 1 of 20, $2.5million Lamborghini Centenario was delivered to HR Owen Lamborghini London. The moment caused quite a stir and drew a large crowd of spotters to capture the moment. (Vlogs will return next week) Leave a like on the video if you enjoyed. Comment your thoughts and opinions. Share with your friends. Subscribe to be notified of any new uploads from me in future. Thanks for watching! :) Keep up to date with all my latest content by following me on: FaceBook: https://www.facebook.com/lkhorizon Instagram: http://instagram.com/lkhorizon/ Outro music: 'Strafe' | Chuki Beats https://www.youtube.com/watch?v=oMM...
64741464
250356
33068
0
8532
Shortcode:
[mx_youtuber type="video" id="lGLrLFfpRdI" display="title,description" size="maxres"] 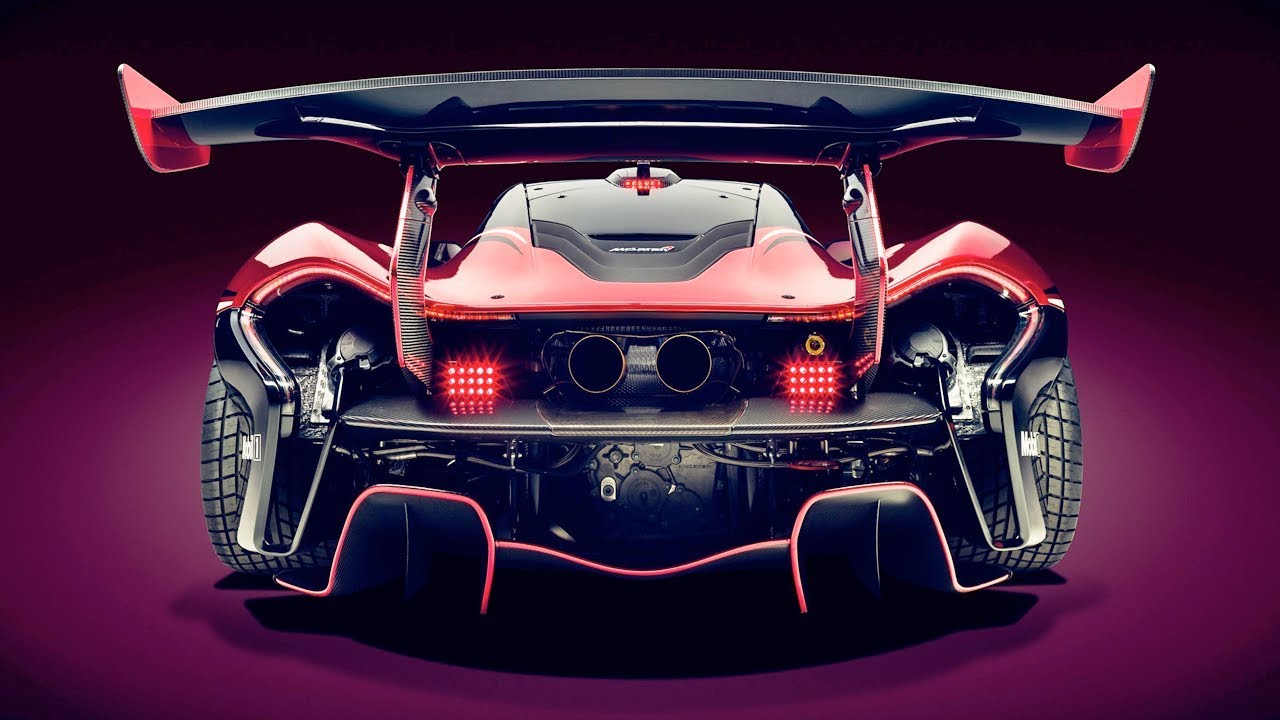 Meet the top 10 most expensive cars in the world (2017 and 2018). These cars are luxurious, fast and built with advanced technology, so, if you want to have one of these, prepare some millions of dollars. -KOENIGSEGG CCXR TREVITA Originally it was conceived by the Swedish brand to be a three-unit limited edition, but as the cover of the car complicated its manufacture, it was reduced to two. And it is because the company created plating called Koenigseg diamond fabric, which involves coating the carbon fiber of the frame with diamond dust. -MAYBACH EXELERO The German brand Maybach created this car in 2013 inspired by the luxury cars of the thirties. Its twelve-cylinder twin-turbo engine gives it 700 horsepower which would allow it to lift 29 hippos. Its speed is 218.1 miles per hour, and it can accelerate from zero to sixty miles in just 4.4 seconds. The car is 19.6 feet long, and weighs 4982.4 pounds. That is five polar bears! There is only one unit of this car and the rapper Birdman bought it at a price of 7.8 million dollars. -LAMBORGHINI VENENO ROADSTER This model was created to celebrate the 50th anniversary of the Lamborghini Company. It has the aerodynamic efficiency of a race car, which guarantees stability in the sharpest curves. -ASTON MARTIN VALKYRIE The propaganda tells that Marek Reichmann designer of Aston Martin and Adrian Newey, technical director of the races of Red Bull met in a pub to design a car that would go on sale in 2018. -MCLAREN P1 LM It is the improved version of the McLaren P1 GTR. It must be said that contrary to what the name indicates, this car was not designed by McLaren but by Lanzante Motorsports. The goal was to turn the previous car into a work of art and they started by removing that questionable yellow color and replacing it with black. -MCLAREN P1 GTR The McLaren brand wanted to offer the best track car for non-professional riders. That's why they created this sports car that has an impressive eight-cylinder bi-turbo engine, which can reach up to 1000 horsepower, accelerates from zero to sixty miles in 2.4 seconds. -LIMITED EDITION BUGATTI VEYRON MANSORY VIVERE Bugatti, the automotive company belonging to the Volkswagen group, has managed to design a car so powerful that, despite its high price, rumors say that they end up losing money with its manufacture. -W MOTORS LYKAN HYPERSPORT The Lebanese company W Motors has wanted to take all the luxury of the Arab sheikhs to its maximum splendor and manufactured a luxurious car to Dubai, the over-the-top- oil capital. -FERRARI PININFARINA SERGIO This Ferrari was created to worship Sergio Pininfarina, an Italian car designer. It is a roadster, that is, a car that only has two seats. It inherited the form of the Ferrari 458 Spider, but with differences such as the lack of roof and an interesting design where the handles of the doors, the rear view mirrors and the edges are black while the rest of the covers are red. -PAGANI HUAYRA BC Pagani Huayra was the line of most expensive mass produced cars in history, however, of the Pagani Huayra BC model, only twenty units will be manufactured. The letters "BC" are in tribute to Beni Caiola, an Italian businessman, car collector and deceased in 2010, who was the first and largest customer of Pagani Automovili. --------------------------------------------------------------------------- About Us: Trend Max is an education and entertainment channel dedicated to creating interesting Tops and Lists. Do not miss a single video SUBSCRIBE NOW. ----------------------------------------------------------------------------- Follow Us: Facebook: https://goo.gl/cfALte Google+ : https://goo.gl/5yNJ3r ----------------------------------------------------------------------------- For copyright matters, please contact us: videos@trendmax.tv

Customize which data to show 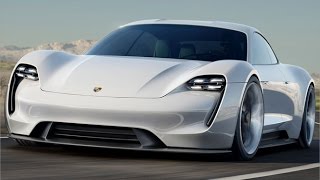 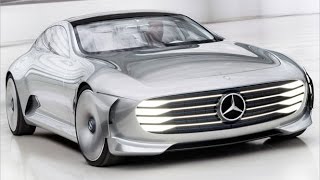 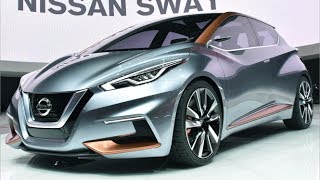 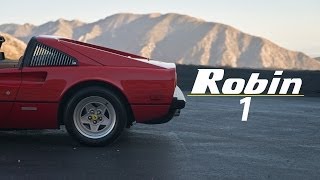 Here is Oscar Verdugo. He didn't buy his Ferrari because it's the same model as in Magnum PI, he bought it because he loves Ferraris. Later he found that having a famous car would introduce him to some of the most interesting people in his life. Enjoy, share and SUBSCRIBE! facebook us on FACEBOOK: https://www.facebook.com/theAFICION... let me spam your feed on TWITTER: https://twitter.com/theAFICIONAUTO look behind the scenes on INSTAGRAM http://instagram.com/theAFICIONAUTO
0
0
0 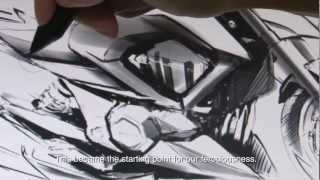 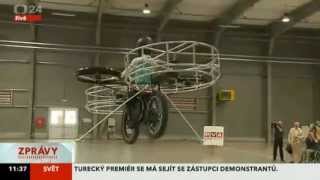 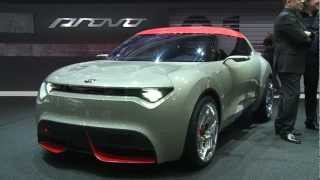 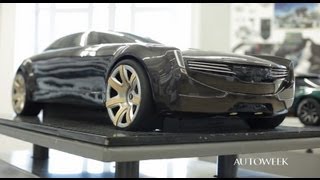 Car-design student projects at the College for Creative Studies - Autoweek

Autoweek Executive Creative Director Ken Ross takes a tour of the College for Creative Studies with the dean of CCS, Imre Molnar, in Detroit, Michigan. They talk to a few Transportation Design students about some of their projects and about the future of design. For more on the College for Creative Studies Transportation Design department: http://www.collegeforcreativestudie... Visit http://autoweek.com for car news and reviews.
0
0
0 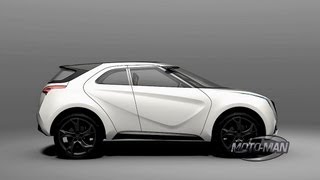 Hyundai Curb Concept Car - Behind the Scenes Build - Part Two. MotoMan goes behind the scenes at Hyundai Design in Irvine, California to build a concept car for the 2011 Detroit Auto Show and beyond! He goes step by step with the designers, modelers and builders from concept to sketch to clay model to full size show car . . . This episode picks up at the scale model stage and goes all the way to debut at the North American International Auto Show . . . MotoMan. Ordinary Car Guy. Extraordinary Adventures http://www.youtube.com/motomantv Subscribe now to experience our adventures in the car world. http://www.youtube.com/subscription... Facebook - http://www.facebook.com/MotoManTV Twitter - http://twitter.com/MotoManTV Website - http://www.MotoMan.TV
0
0
0 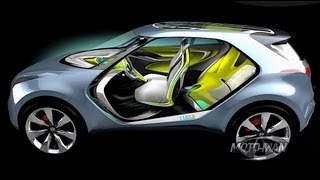 Hyundai Curb Concept Car - Behind the Scenes Build - Part One

Hyundai Curb Concept Car - Behind the Scenes Build - Part One. MotoMan goes behind the scenes at Hyundai Design in Irvine, California to build a concept car for the 2011 Detroit Auto Show and beyond! He goes step by step with the designers, modelers and builders from concept to sketch to clay model to full size show car . . . MotoMan. Ordinary Car Guy. Extraordinary Adventures http://www.youtube.com/motomantv Subscribe now to experience our adventures in the car world. http://www.youtube.com/subscription... Facebook - http://www.facebook.com/MotoManTV Twitter - http://twitter.com/MotoManTV Website - http://www.MotoMan.TV
0
0
0

Peugeot launches the Peugeot Design Lab, a global design studio working for the brand's external clients. Discover our "Peugeot Design Lab" playlist : https://www.youtube.com/playlist?li... Subscribe to our channel for more videos: https://www.youtube.com/channel/UC1... ➽ About Peugeot Welcome to Peugeot's official YouTube channel. Stimulating and rewarding driving, a sleek design and uncompromising quality are the brand’s commitment to its customers and contribute to the emotion that each Peugeot car provides. Peugeot combines Design, Style and Emotion in all areas, with its ambition to be the world’s high-end generalist automobile brand. ➽ Follow us: https://www.facebook.com/Peugeot https://www.instagram/peugeot https://www.twitter.com/Peugeot #Peugeot #Design
0
0
0
Load more... 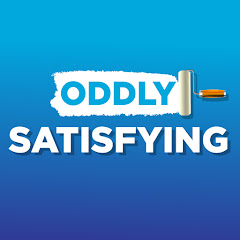 245 videos 421717208 views 2020000 subscribers
Oddly Satisfying
Welcome to Oddly Satisfying, the #1 channel for oddly satisfying, relaxing & sleep inducing content. Here, we create original videos as well as feature satisfying scenes submitted to us. Our high-quality & transformative editing adds/intensifies the calming, smooth & satisfying vibe, your brain craves so much, even on videos otherwise not so satisfying initially. We take community feedback very seriously & never use clickbait/misleading thumbnails, titles, etc. Besides submissions, we actively search for creative, satisfying & artistic videos to license them. SUBMISSION: If you want to submit your video or music to be featured on this channel, SUBMIT IT ON https://oddlysatisfying.club Please, understand that we can't always feature every single submitted video. DISCLAIMER: By submitting a video to Oddly Satisfying, you acknowledge that you own all the rights to the video/audio. Your submission also means you granted us the license to edit, display, distribute & monetize your content.
Uploads

Oddly Satisfying Video that Will Relax & Calm You Before Sleep 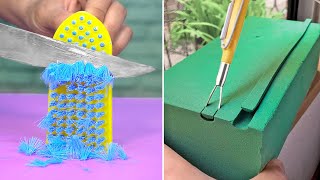